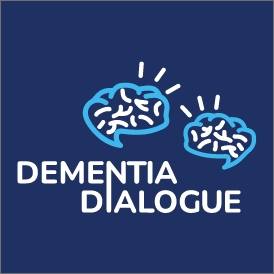 In our third episode on this theme, we take a more global view of Human Rights and Dementia. Stefanie Freel is a Canadian who is a consultant with the World Health Organization and lives in The Netherlands. Stefanie outlines work at the UN and WHO to codify and promote human rights for persons with mental disabilities, including dementia. We then speak with Kate Swaffer who leads Dementia Alliance International which is a worldwide group of people with dementia. Kate has secured a place at the table for people with dementia at several levels of dementia policy work.

Because of her work at the WHO, Stefanie is able to very clearly define what human rights looks like in the context of dementia. In May 2017, the World Health Assembly adopted the Global Action Plan on the Public Health Response to Dementia. This action plan is important because it represents a commitment by member states or countries to improve the lives of people with dementia, their caregivers and their families. Its purpose is to create a world where people with dementia can live well, where they can receive the care and support that they need to fulfill their potential with dignity, respect, autonomy and equality.
She also delves into the United Nations Convention on the Rights of Persons with Disabilities (UNCRPD), the international human rights treaty that was adopted at the United Nations General Assembly in 2006 and that entered into force two years later in 2008 and how it can be better implemented to improve the quality of life and care of people living with dementia.
Kate, an eternal optimist, talks about representation and inclusion as a way of furthering the rights of people living with dementia and how common the phenomenon of “about us, without us” still is. She also stresses the importance of maintaining a person with dementia’s dignity and autonomy and to realize the life that can be lived, beyond the terminality of the illness, as one way of eliminating the discrimination surrounding it.

Resources for this episode can be found under the following sections on our resource page:
-Advocacy/Awareness